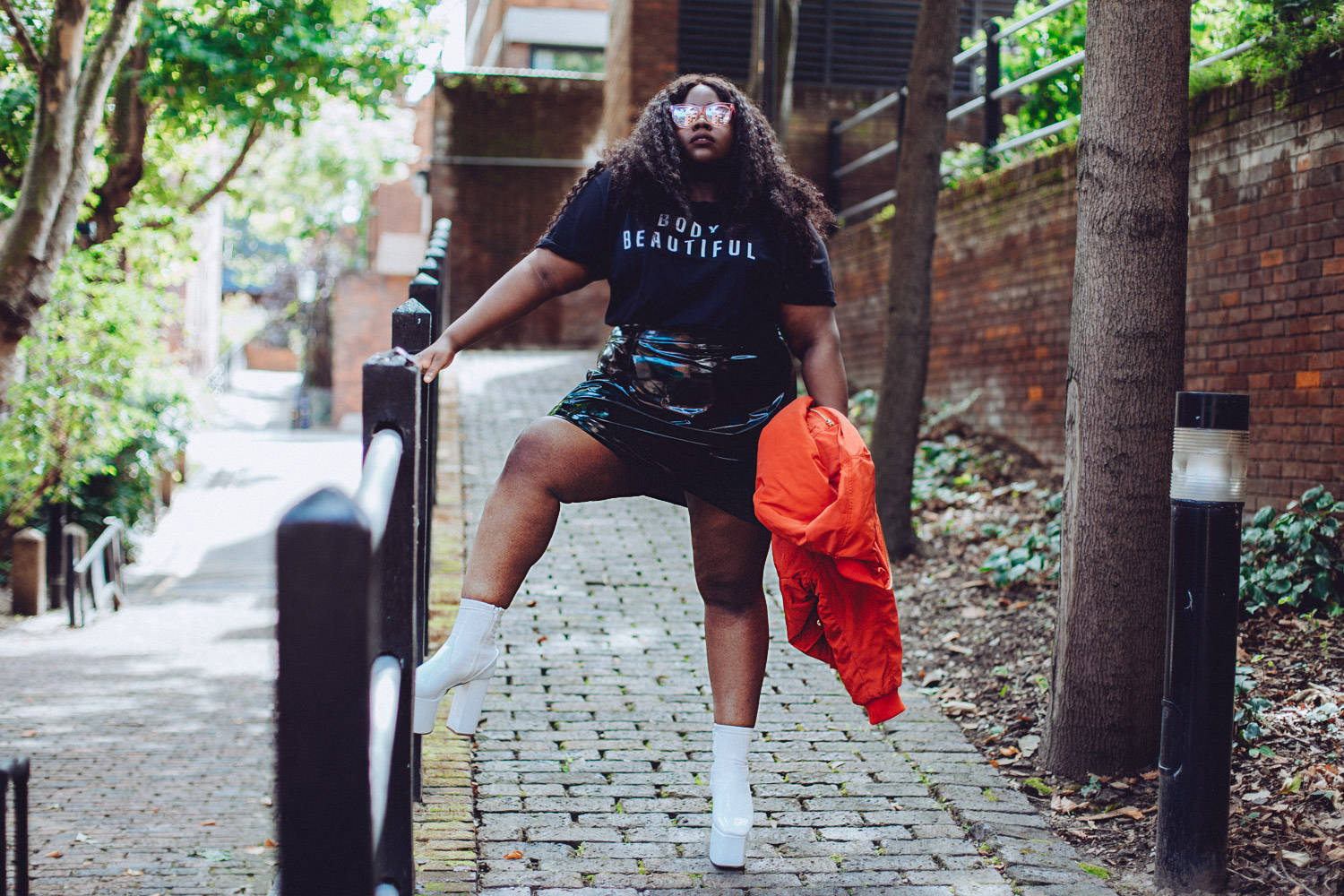 FACING THE FEAR…AND DOING IT ANYWAY

I had a lot of fears about this shoot: I feared tripping up in these 6-inch platforms and breaking both my ankles. I feared bending down in this PVC skirt and exposing my birth canal to a couple of OAPs. I also feared the probability of feeling extremely overwhelmed in regards to the location of the shoot. When I was in Secondary school, I used to come to this estate at lunch times and eat my food, as I didn’t have many friends back then.
One day, something terrible happened here, involving myself and the people that used to bully me. Something I told no one at the time, so when coming back to this area after intentionally avoiding it for 13 years, I expected to feel triggered. I expected to have an anxiety attack and burst into tears. Surprisingly though, it did not happen. Don’t get me wrong, my heart was pounding throughout the entire shoot (and it wasn’t just because of the heels!), but I felt strong. I felt powerful and I felt proud for overcoming something so traumatic.
Sure, it’s just me dressed up in some awesome garms, but coming back to a place that made me feel so many negative feelings about myself and my body, and totally owning it (while wearing a Body Beautiful Tee!) makes me proud. Sometimes, it’s okay to be scared though. It just means you’re about to do something really really brave and awesome.
Speaking of awesome, can we get into these pieces?! Lately, I’ve been hella inspired by uber BABE Payzee from Fetish for Fine Fabrics. She’s an incredible fashion designer, stylist, and influencer and I’ve been so inspired by her bold, edgy looks, which include loads of mini skirts, dope boots and PVC. I had to pay homage! Also these boots? They are the Mayhem Extreme Sock Boots from Public Desire. They are wide fit friendly folks, so I’ll definitely recommend popping over to the site to try out a few of their pieces! 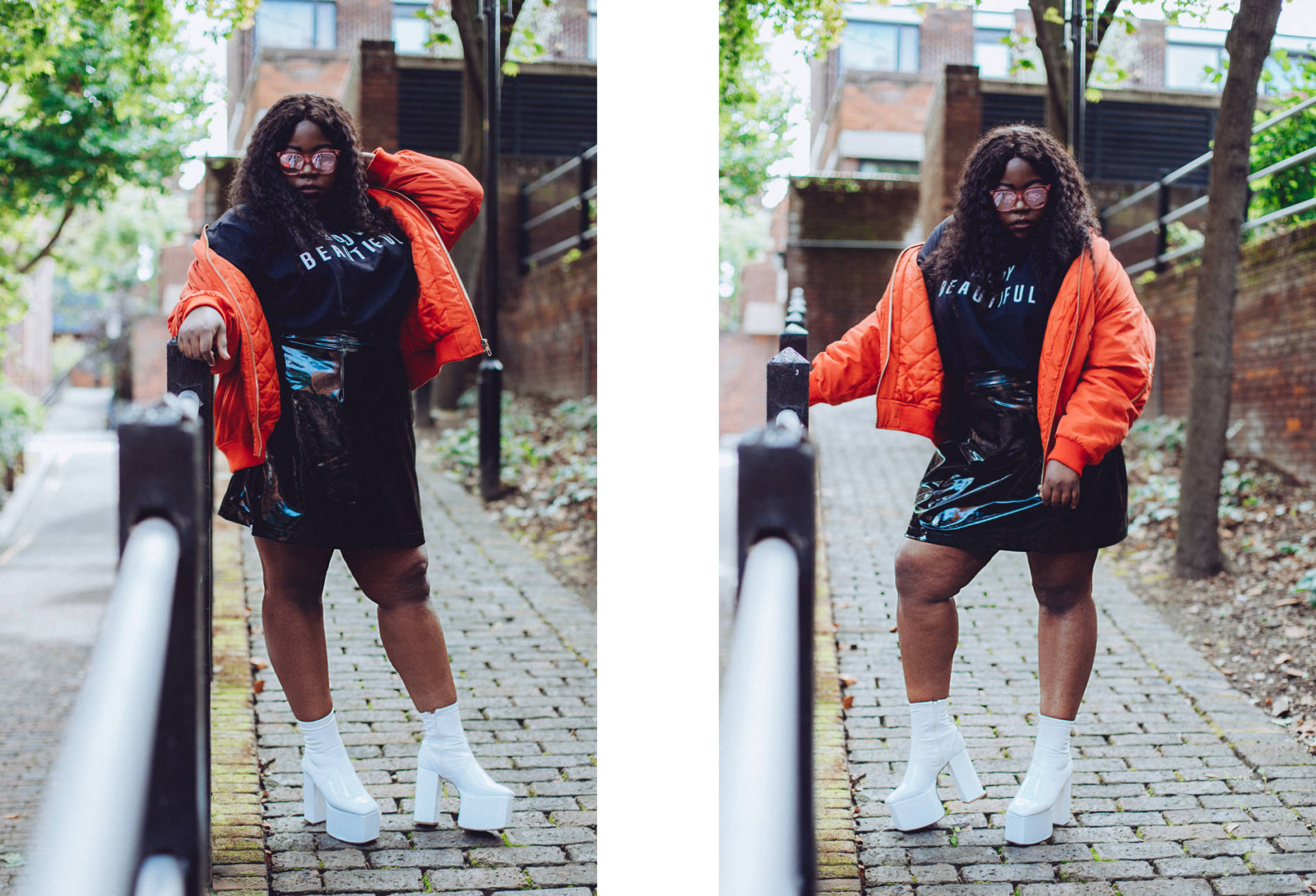 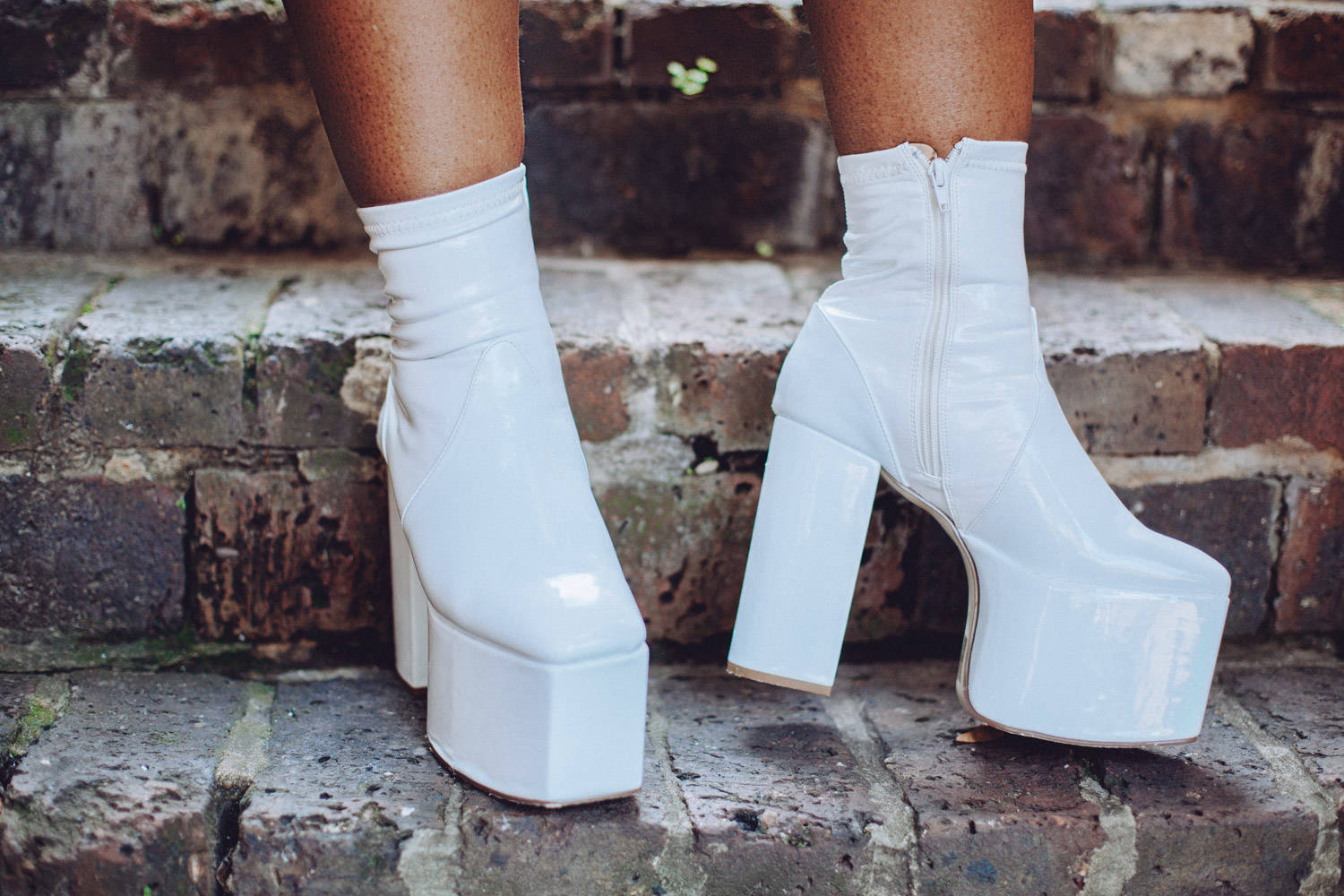 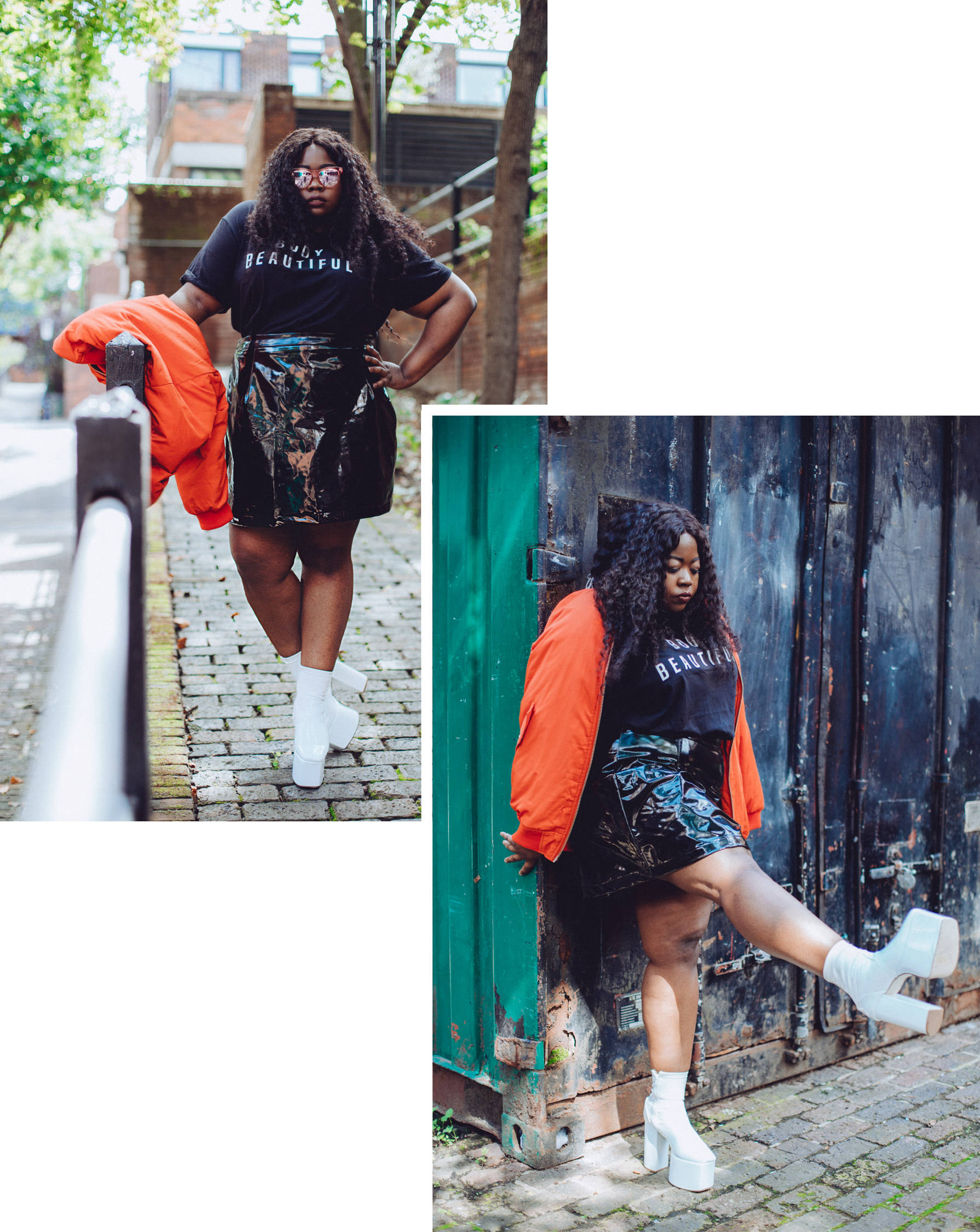 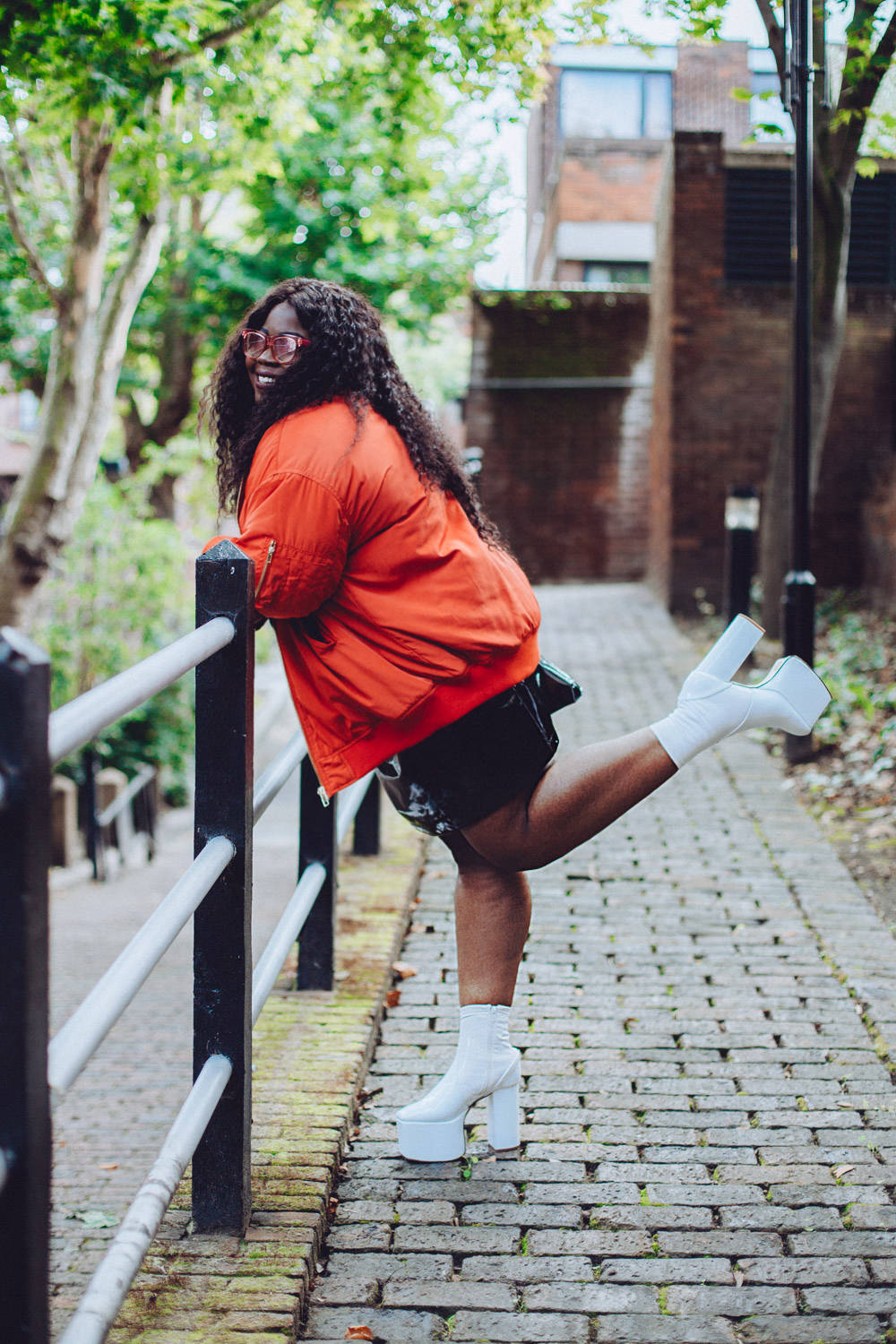 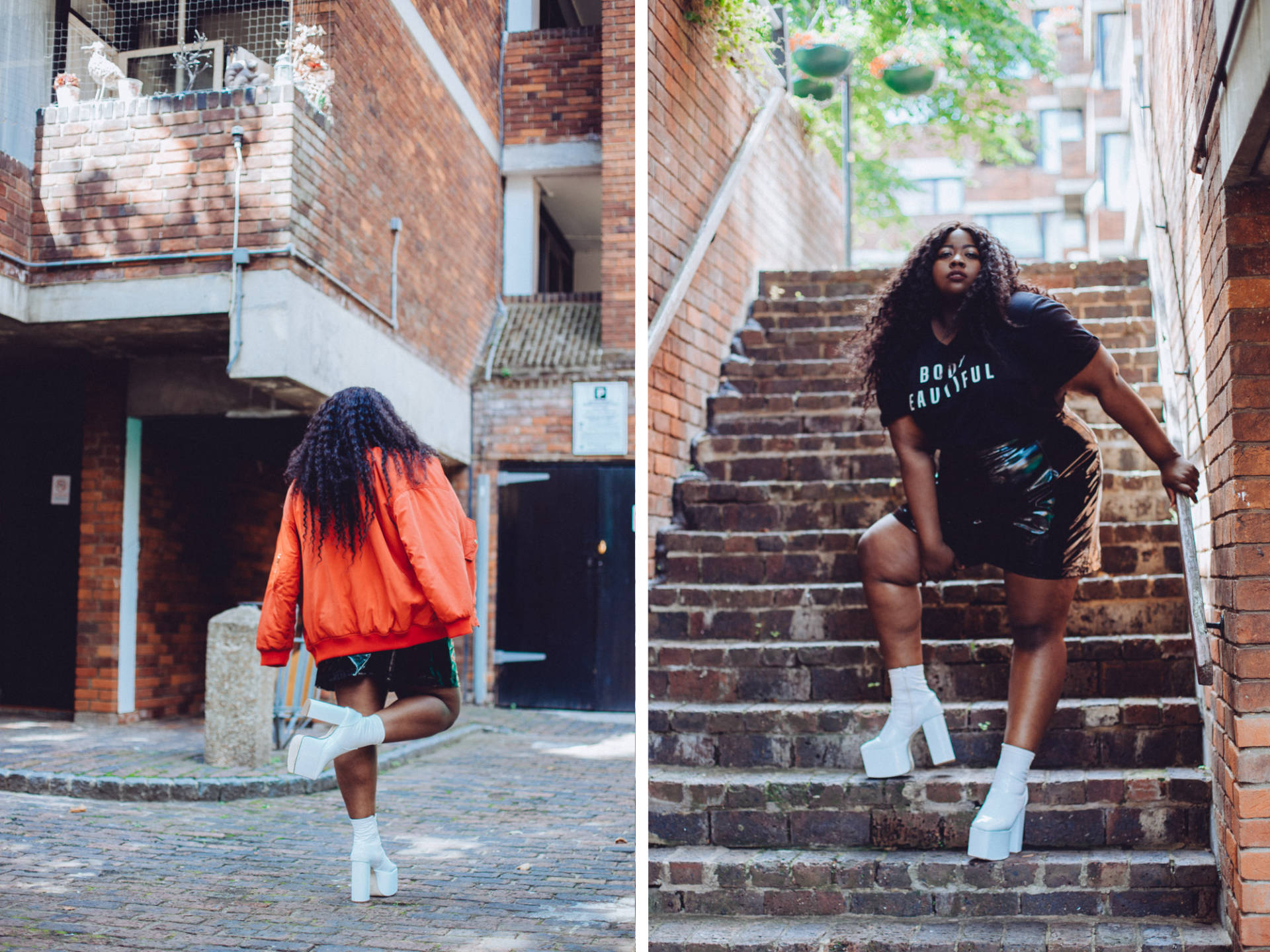 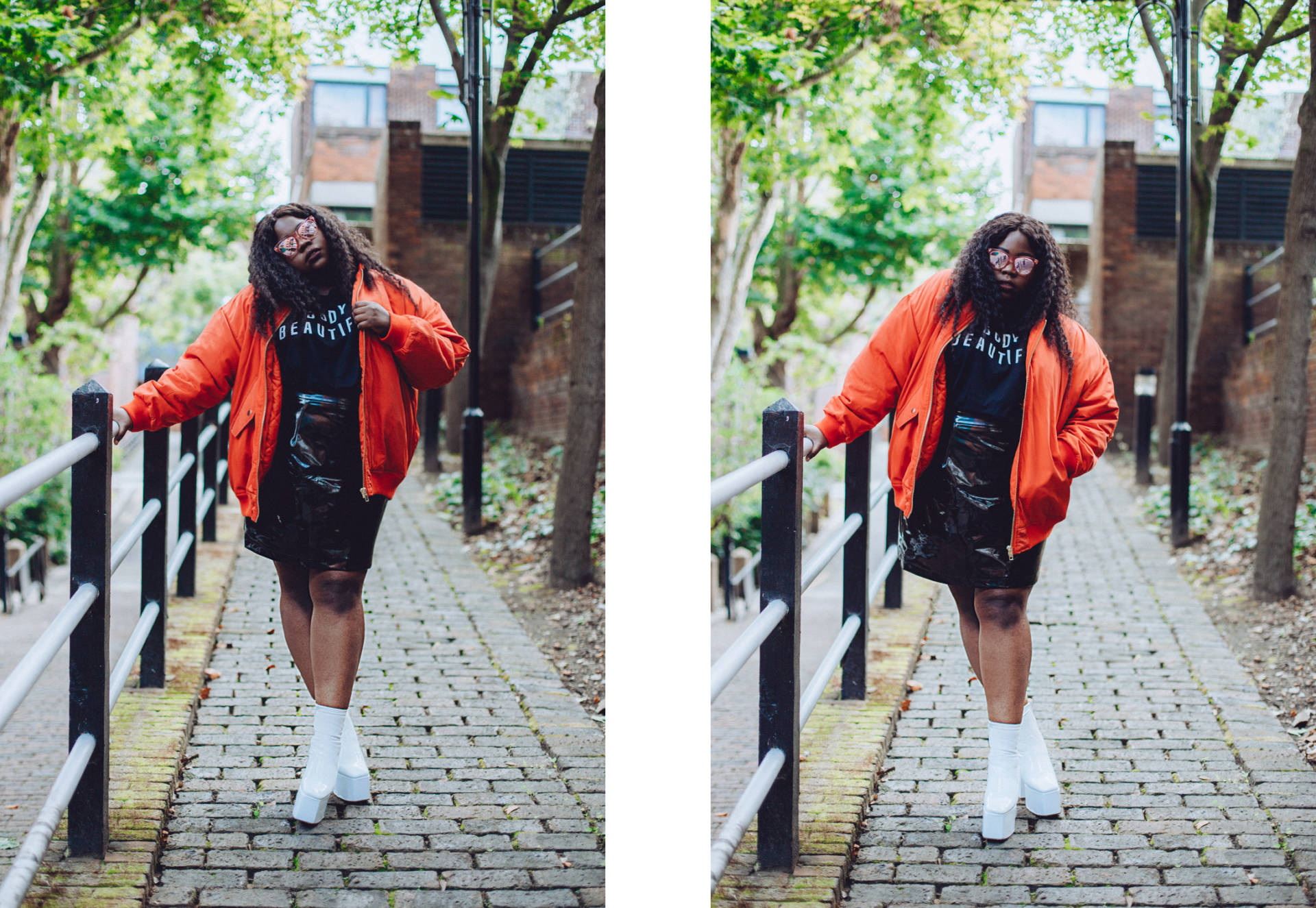 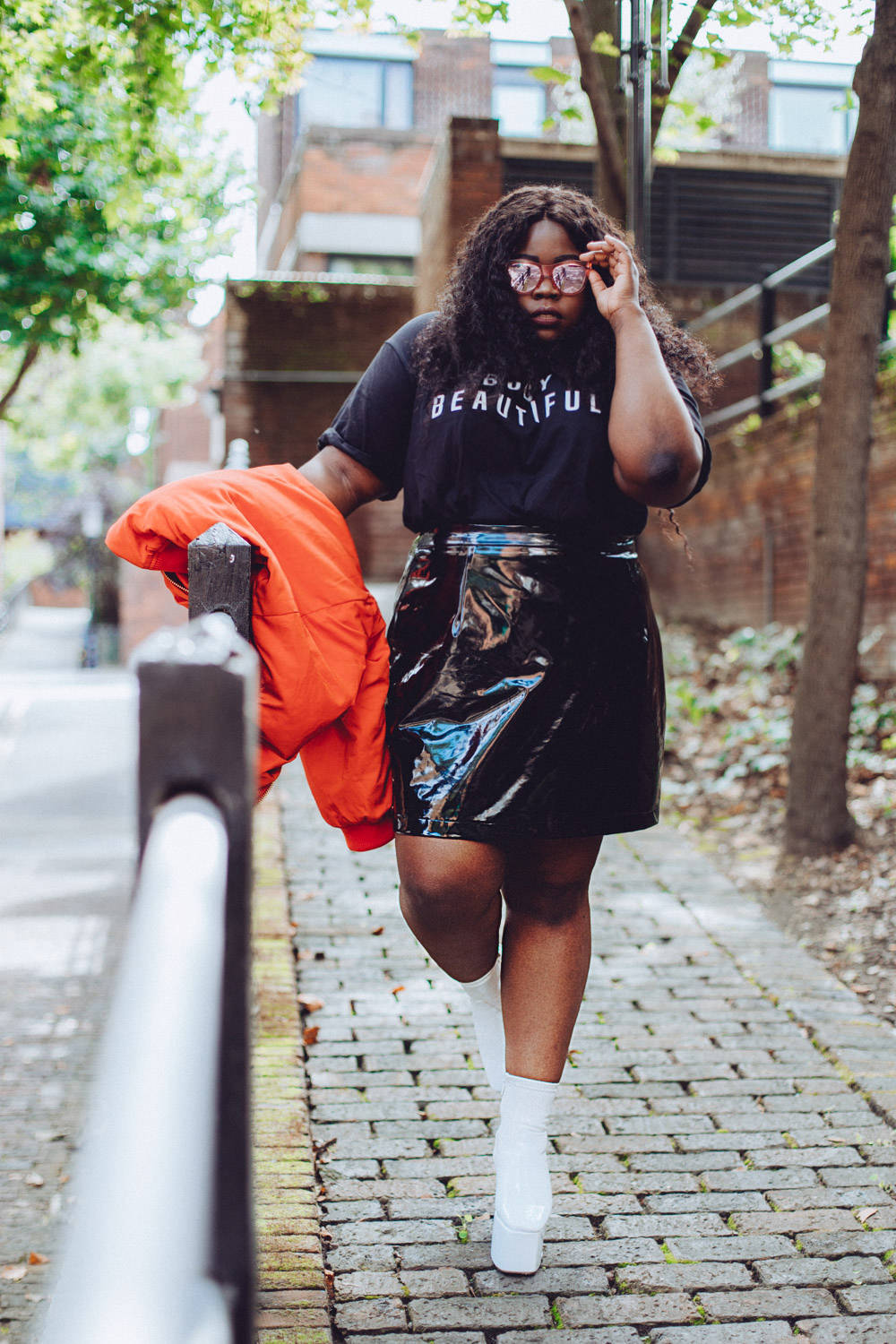 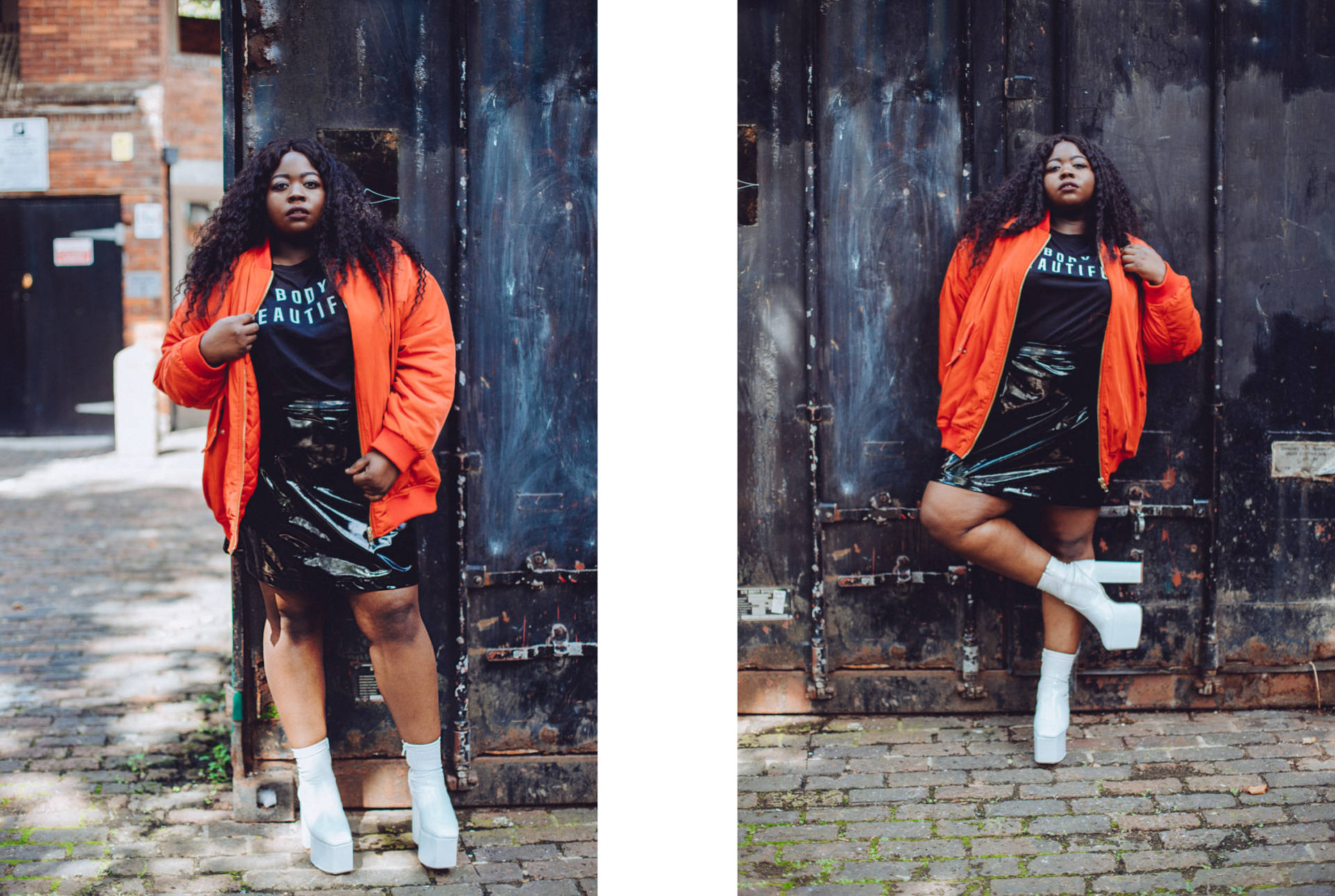 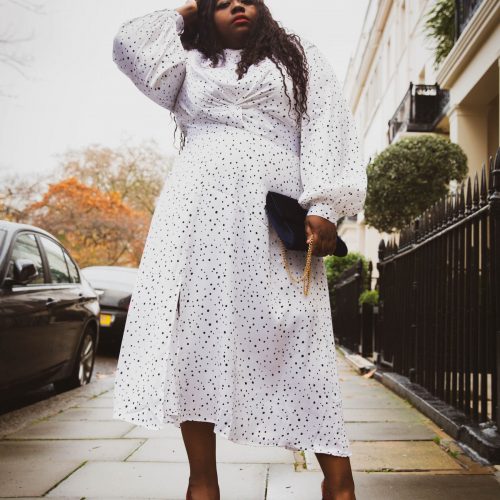 Statement Pieces for the Holiday Season

The Samya Dress by House of Fraser