The Complete Clusterfuck That Was…

Uncategorized
Steph
The Doc Martens Sale at Brick Lane a couple of weeks ago.
While thinking of the title, I had other ideas such as the ‘travesty’, the ‘debacle’ or the ‘craziness’, but, and pardon me for swearing, but I chose CLUSTERFUCK to accurately describe the feeling at the time.
If you were on Twitter that day, you probably would have seen me live tweeting the “event” as it were – only because I had nothing else to do. Let me…let me just give you guys a rundown of the events shall I?
8am – I wake up, refreshed and feeling great. The sun is shining and the birds are singing. Good times.
9am – I’m on the train to Shoreditch High street. “Ah it won’t matter if I’m a few minutes late” said I, “It opens at 10, so even if I get there, I’ll be waiting for about 30 minutes maximum.” Hmph.
10:04: – Surrounded by hipsters. Feel very uncomfortable as It looked like a scene from Invasion of the Body Snatchers.
10:10am – Walked up Brick Lane to the Brewery, where I was greeted by the following: 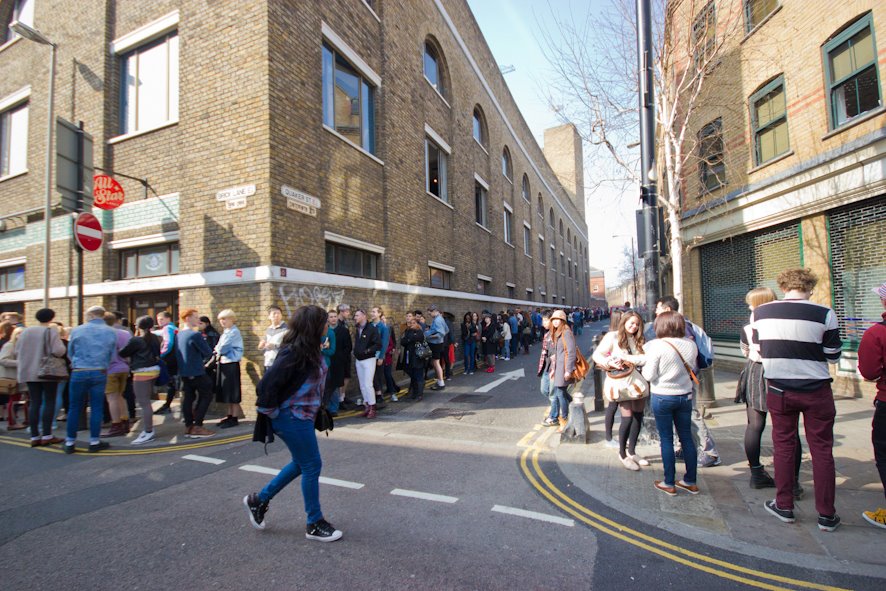 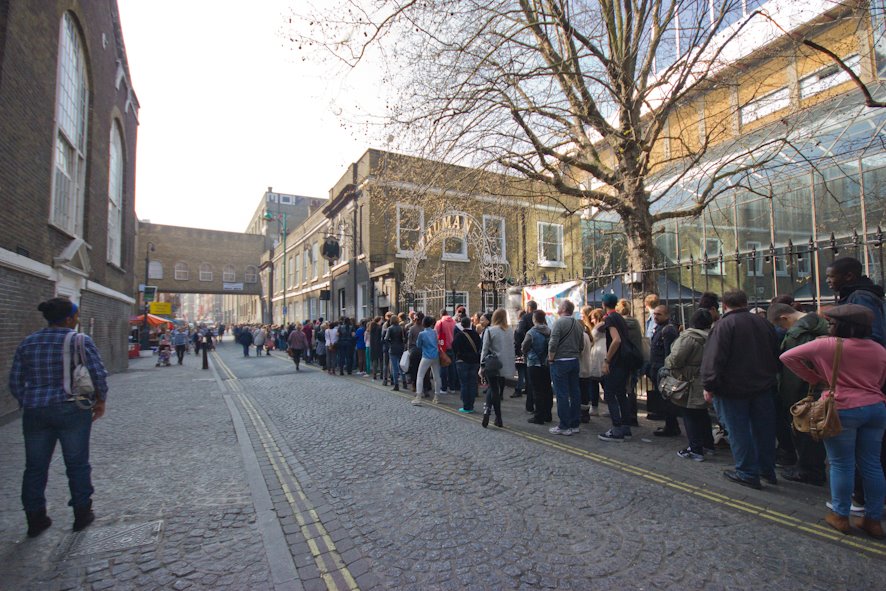 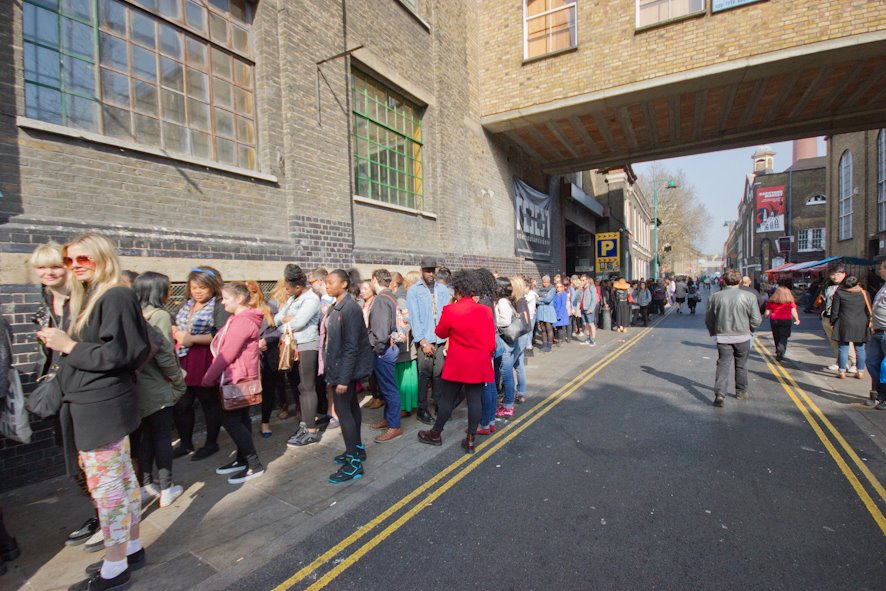 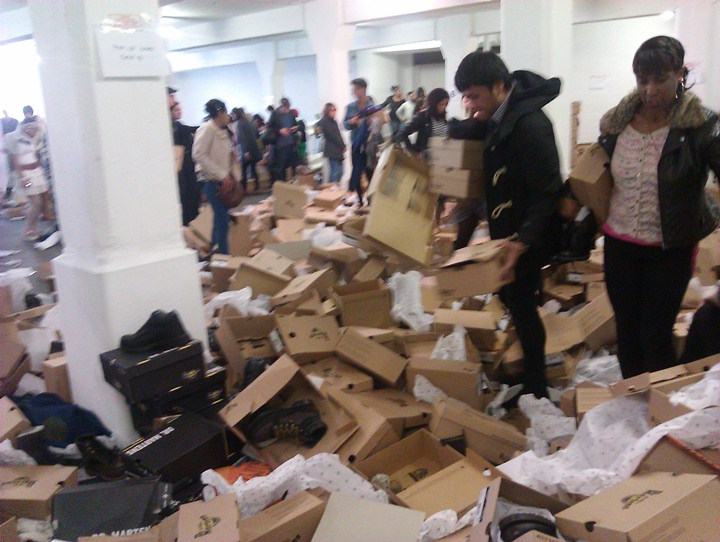 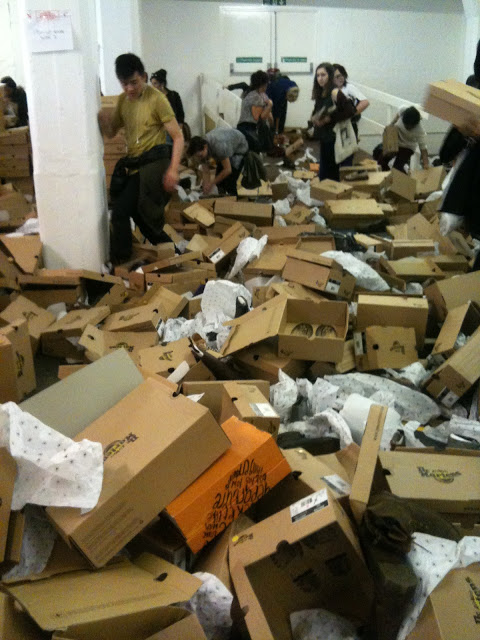 Man…Really?
I couldn’t get the boots I really wanted because surprise surprise…folks had nabbed them, so I ended up buying some boots that….eh..meh…bleh…I didn’t really want, but they would do for now. They are a size too big but I’ve grown to like them. Were they worth lining up for 7 hours? Nope, but it was an experience I won’t forget!.
Plus side; the sun was shining and I met some cool hipster people with their Creepers and short/shorts and blazers. Good times! 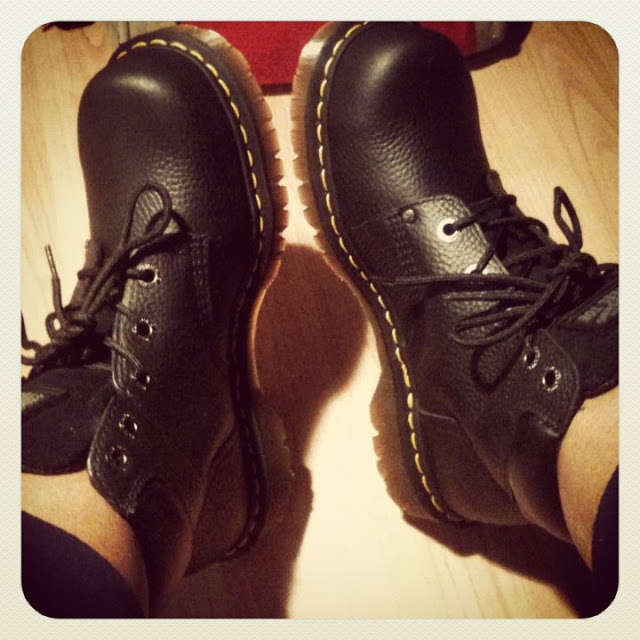 Did anybody else attend the sale? What did you get?

This error message is only visible to WordPress admins


Error: There is no connected account for the user 6689947 Feed will not update.